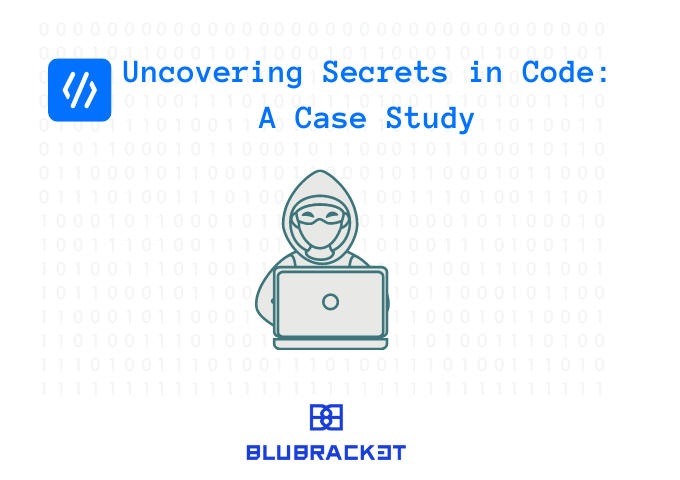 Secrets such as API keys, tokens or passwords are frequently left in code. These secrets are fundamental to productivity in our collaborative and complex software development cycle. But if they aren’t handled properly, they can put an entire infrastructure at risk.

In a recent academic research project, researchers found that thousands of secrets are actually leaked every day. Hackers have realized these secrets are a treasure trove for their efforts, as they can frequently unlock systems up and downstream from the code itself.

BluBracket recently undertook a detailed analysis of code repositories of a Fortune 100 company to identify secrets, as well as to understand the strengths and limitations of open source secret handling tools. We found that the number of secrets found were significant, but most importantly, the right secrets were found.

The open source scanning tools, especially TruffleHog, found hundreds of thousands of secrets in the same repositories. The only problem? The vast majority were false positives. In security, false positives mean security or engineering teams either can’t find or end up ignoring actual security vulnerabilities because of all the noise, or they spend far too much time and energy sorting through the noise to get to the actual risks.  Unlike the open source tools, BluBracket suppressed thousands of these false positive secrets and delivered them in an easily understandable, actionable form.

BluBracket analyzed 132 public repositories from a Fortune 100 company in GitHub and found:

In contrast, the open source tool TruffleHog found over 127,000 false positive GitHub secrets in the exact same repositories, without any distinction of high or low confidence, making the result essentially useless for the security or development teams responsible for securing the systems. Other tools like GitLeaks suffer from the same issues. Many of the false GitHub secrets identified by TruffleHog were actually dependency declarations and not vulnerabilities at all.

Why are the differences so stark between BluBracket and open source scanning tools? One reason is our advanced methodology for secret detection.

The BluBracket methodology for secret detection:

There are six key advantages of a solution like BluBracket vs an open source secret scanning tool:

The focus of a vendor like BluBracket is 100% code security. It’s entire team is dedicated to constantly improving the functionality and coverage of the product to ensure companies are secure and in compliance with their code assets.

If you’d like to evaluate the Code Security Suite and find your secrets in code or other vulnerabilities, please contact us.

If you’d like to learn more about the top security risks from code, please download our white paper.